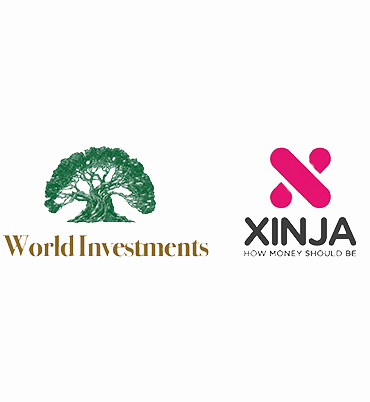 The history of the UAE’s ruling families is a complex topic. Mohammed Al Fahim’s Rags to Riches: A Story of Abu Dhabi is a definitive account of the transformation of the emirate, one of seven in the modern UAE, which was established in 1971.

That the UAE’s first-ever president, Sheikh Zayed bin Sultan Al Nahyan,who ruled from state inception until 2004, built a reputation for generously sharing out oil wealth up and down the country that could have been his alone, saw him revered as ‘Father of the Nation.’

When Bin Aweidha explains his ties to Mohammed bin Zayed, Zayed’s third son, and today UAE Crown Prince, and Sheikh Mansour, UAE Minister of Presidential Affairs, the 13th of a total of 19 sons, he says: “We are their mother’s side.” He can also point to forebears from the ruling house of Dubai, the Al Maktoums, through his wife, as well as through the mother of Sheikh Mohammed bin Rashid Al Maktoum, the UAE’s Vice President and Prime Minister.

In addition to offering a new conceptualization of the role of women in Emirati family and society, the fact Bin Aweidha would even dream of referring to female relatives in a press interview adds further weight to his claims.

His father, Rashed, a member of Abu Dhabi’s prominent Al Qubaisi clan, set up the family business in 1958. Today, it claims around 60 trading companies and 10,000 employees. The father also had a hand in the creation of two UAE banks, Commercial International (CIB) and Dubai Islamic Banks, and founded First Abu Dhabi Bank, today the UAE’s biggest by assets, at US$223 billion, as at the end of the last financial year. The son’s personal 22 per cent stake in Dubai’s CIB is said by data provider Market Screener to be worth no less than US$67.6 million.

In 1988, the family business, Bin Aweidha Corporation Holding, established family office Abu Dhabi Investment Group (ADIG), with capital of AED1 billion (USD272 million). It is now said to act as multi-family office for scores of wealthy regional families. Bin Aweidha is its CEO. In 2006, ADIG set up WI, which he also oversees.

Despite curiosity in Australia about who WI are, it is not as if Bin Aweidha has anything to hide. Responding to Banking Day’s request for a meeting, he quickly suggests a rendezvous at his office less than 24 hours later.

With 24-7 coronavirus restrictions in Dubai lifted to nightly-only 72 hours earlier, he invited Banking Day to his offices in Dubai on April 27, to underline that he intended to go ahead with the investment. With the Holy Month of Ramadan into only its third day, and in the middle of the ritual daily 12-hour abstention from all food and water, he patiently set out reasons why WI intended to live up to its agreement with Xinja.

Australian observers believe that WI’s undertaking to invest in Xinja is timely. According to sources in Sydney, Xinja is “in the market for $20 million of funding immediately,” because of what is being increasingly viewed as WI dragging its feet on its promise of invest funds in the neobank.

Future of the industry

Bin Aweidha was first of all bullish about his putative investment, saying the earlier you get involved in digital banking licences, the greater the growth potential.

He says digital bank setups are “the future of the banking industry”, and Xinja Bank’s is one of very few licences to have been issued for “a very long time in Australia”.

“In Australia, there are only four or five banks [in total]. No new licences for banks have recently been issued.”

Usually, when you get involved early, there are good prospects for expansion, he said.

The UAE’s banking fraternity has certainly embraced the digital banking space. In 2017, two Dubai-based banks, Emirates NBD and Mashreq Bank, set up Liv. bank and Mashreq Neo, respectively. Asked why he had not selected these concerns as investment targets, Bin Aweidha said tersely: “Too big for us.” But he pointedly hinted that, in addition to the private sector, Middle Eastern governments could yet become involved in WI’s Xinja fund.

Total Middle East government funding for fintech startups stands today at just under USD2.5 billion, according to Dubai research house, MAGNiTT, 43 per cent of it in Saudi Arabia and 31 per cent in the UAE. Most of this is seed capital for startups. The appetite for later-stage investment is unclear, but likely to be substantial, given the right opportunities.

Market sentiment has very much swung behind international financial centre ADGM’s efforts to develop fintech, and many industry participants regard it as a more forward-looking jurisdiction than its Dubai-based rival. However Bin Aweidha said that until ADGM issued some kind of digital bank licence, it would remain an unattractive prospect, as far as he was concerned. In contrast, Wilson has said that WI were not interested in early-stage participation, preferring to pass on Series C in favour of a Series D contribution.

Bin Aweidha is anxious to dispel rumours that WI will not live up to the agreement. He confirmed the size of the fund WI was raising as “almost the same” size as the figure Xinja has given, and said he was working on fund consolidation “now”.

Several investors were keen to participate in the fund, and he hinted strongly that one or more government-related entities in the UAE, or possibly wider Middle East, could be involved.

The timing of WI’s investment in Xinja has been the subject of intense debate, but Bin Aweidha chose to fend off questions concerning exactly when WI funds would be forthcoming.

“The investments will go there in the proper time, and in the right way. The investment is going [to happen]. When? I cannot comment,” he said last week.

Asked when WI would receive approval from local regulator, the Emirates Securities and Commodities Authority, for creation of the Xinja fund, he said it could take place within “months,” or even “weeks,” but reasonably added that the coronavirus had made access to government officials more difficult than usual. Delay in an official response could lead to WI choosing an offshore, instead of onshore, fund vehicle.

When Banking Day asked Bin Aweidha if the investment pledged to Xinja would finally have been handed over by the end of the year, he laughed, and said: “Why pick a date that’s so far off? You think it will take that long? I think that would be overestimating it!”

Bin Aweidha has additional reasons for giving serious weight to a WI role in Australia.

“I believe that regulation in Australia is much better than the Middle East. We must diversify. It’s not [a question of whether it’s] diplomatic or undiplomatic. It is not possible to take all [our] risk only in the Middle East. You must have an international investment strategy. Part of this is to keep investments in other parts of the world,” he said.

“[We have] much bigger funds. We [deal] with the Islamic Development Bank, in Jeddah [Saudi Arabia]. This is [equivalent to] the World Bank. The World Bank is a conventional, government bank; the Islamic Development Bank is an Islamic bank. Only governments [are shareholders]. Those are international institutions. We are… dealing with them. The numbers [involved] are not even close to [Xinja’s]. Tens of times [larger].”

Bin Aweidha bristled at the idea that the interests he represented, at both the family and business levels, were not significant.

“We are not a startup. We are one of the founders of the UAE. It is not that we are waiting for someone to come and give us our credibility. Our credibility is tied up with the UAE,” he said.

He had visited Australia before, but only on other projects, he said. He added that he had met the Xinja team, including Wilson, and other officials, in Dubai and elsewhere, and went on to endorse the quality of management and staff at the neobank.

Bin Aweidha’s forbearance in the course of Banking Day’s persistent line of questioning during a two-hour interview is commendable, but he is anxious to stress the central message he wishes to convey. “What I am saying [is that] we are going forward with the investment.” 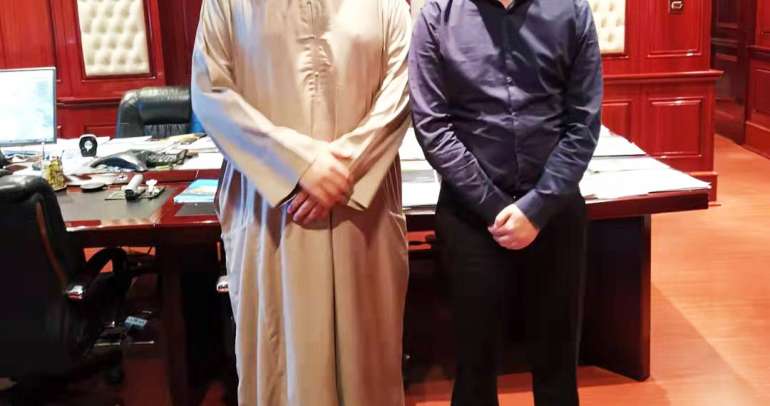 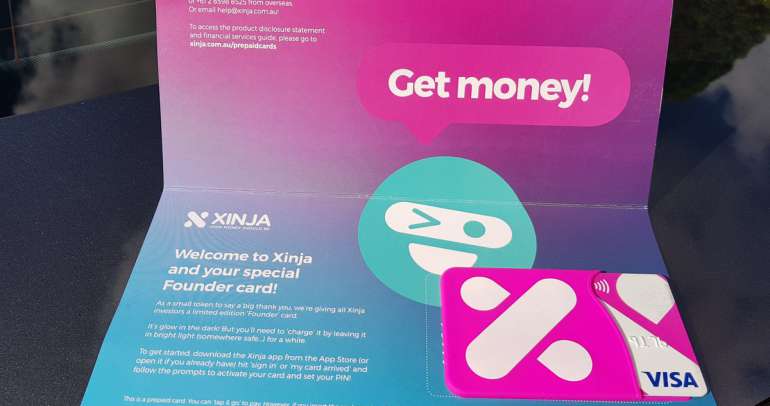